The Sri Lankan President Gotabaya Rajapaksa has announced the five-time former Sri Lankan Prime Minister Ranil Wickremesinghe has been reappointed for a sixth time, in an attempt to stabilise the country amid a deepening political and economic crisis.

Mr Wickremesinghe was sworn in before President Gotabaya Rajapaksa, and  at a ceremony in the president’s office on Thursday.

He currently heads the United National Party, and was one of very few options in replacing the former PM Mahinda Rajapaksa, who resigned sparking an eruption in deadly violence across the country.

The President says his new PM and cabinet will hold a majority in the 225-seat parliament, and help to usher in badly-needed  constitutional reforms.

Speaking via Twitter, the President has urged Sri Lankans to "join hands as one, to overcome the economic, social and political challenges. I urge all Sri Lankans to reject the subversive attempts to push you towards racial and religious disharmony. Promoting moderation, toleration and coexistence is vital.” he said.

In this country, Sri Lankans have been watching with great concern as the economic and political crisis deepens.

The AMC has been speaking with some of them : 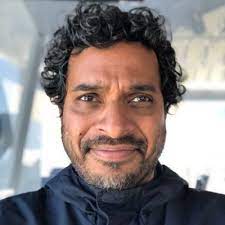 " Who is to blame for this ..? the catastrophic and complete collapse of Sri Lanka's socio-economic integrity, and the total breakdown in political structure, is because of decisions taken by President Gotabaya Rajapaksa, and his government, including his brother the PM, and former President, Mahinda Rajapaksa. Additionally, Sri Lanka’s macro-economic collapse, unprecedented since independence in 1948, was co-architected by the former Governor of the Central Bank, Ajith Nivard Cabraal.

Myopic, populist, domestic policies around fiscal policy including taxation, a switch to organic fertiliser and significant challenges in debt repayment compounded the effects of the pandemic on economies worldwide, resulting in the bankruptcy of the country, with less than $50 million USD in foreign reserves at present.

The President, PM and the government ignored years of sustained, evidence-based policy critiques, swearing repeatedly in public to never change course, despite economic impacts felt since 2020, and the start of the pandemic. The current violence was instigated by the Prime Minister, who unleashed violent mobs he spoke to minutes earlier at his official residence in Colombo. His son, and MP, Namal Rajapaksa was also seen taking selfies and mingling with the mob.

There has been no contrition from the government or family. The current instability and volatility is a construct of the Rajapaksa government, and the President himself.

It is the way the PM resigned that instigated the violence. Hundreds of videos on Facebook captured the speech he gave to a mob of hundreds invited to, and assembled at his official residence in Colombo called ‘Temple Trees’. The speech wasn’t contrite, and dog-whistled an explosion of violence. His speech was preceded by other senior members of his government who also instigated hate and violence against the protestors.

It is in retaliation to this violence that the violence across the island broke out, spilling over into the streets, anger, frustration,  despair and desperation of hundreds, who saw in the peaceful protest movement a pathway to restore a semblance of hope around a return to normalcy.

What should New Zealand be doing ..? Well, the Foreign Minister's  tweet https://twitter.com/NanaiaMahuta/status/1523841884267098112 was greatly appreciated. The last sentence however doesn’t acknowledge how millions of Sri Lankans HAVE, for months if not years, worked towards exactly what Hon Nanaia Mahuta seeks.

It is the autocratic tendencies of the Rajapaksas that are the single greatest impediment to what the Foreign Minister wants to see come about – and we need to be able to call it out, especially after the violence engineered by the Sri Lankan PM, and unleashed on peaceful protestors.

New Zealand should work with Delhi to ensure a peaceful transition of power, the resignation of the President, the revocation of the State of Emergency, and political stability as an essential first step towards economic stability." 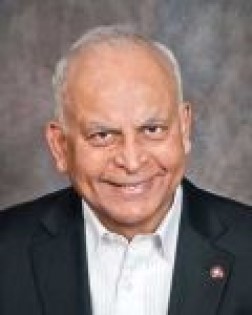 "I think the crisis might have been avoided, but its true the President and the Cabinet did make a series of economic mistakes, measures that were meant to benefit Sri Lanka, but did not. Those mistakes weren't corrected when they should have been

The initial Cabinet that came in after the election misread the seriousness of the economic situation, they really should have seen this coming but they were also in my view misled by the ex-Governor of the Reserve Bank, and some Treasury officials, and very much by the ex-Finance Minister, another Rajapaksa brother, who openly flouted the law, for example by selling off parts of the Sri Lankan power system in an attempt to raise foreign capital. The resignation of the whole Cabinet and the Prime Minister has now left a huge hole.

Leftist groups may be pushing their agenda, but Sri Lanka is still a democracy, the Rajapaksa's were elected to power.

They faced the pandemic, which destroyed tourism , and destroyed the remittances coming back from Sri Lankans in the Middle East and elsewhere. That took about $11b out of the economy, and Colombo's primary problem is now a dollar shortage.

The IMF have agreed to help, but that will take months, and they require a stable government to deal with on the Colombo side.  Who would take that poison chalice ?  We will see how a multi-party government comes together , if it does.

What should New Zealand do ? .. Well I think it should be calling for calm as it is doing. The Sri Lankan community has spoken with (Sri Lankan born)  government MP Vanushi Walters about this . Fonterra could also look at extending its lines of credit to Sri Lanka , and maybe more importantly New Zealanders might look at a holiday there when situation calms. Sri Lanka is a fantastic location, great value, and it needs those foreign dollars." 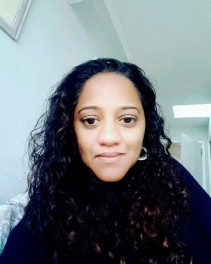 "We all faced Covid-19 , but in Sri Lanka it was mixed with some financial mismanagement and corruption in my opinion. On top of that there were some bad decisions made in the last couple of years and people have lost faith, lost confidence in the government" "The IMF are negotiating now, but you need stable people in power. We are in no position to have an election right now and people just want the President to resign, they have lost faith in politics now."

"Sri Lankans know that violence should not be happening , and this was a peaceful protest to begin with. It may be settling down a little now but its still a tricky situation."

"What should New Zealand do..? I think MP Vanushi Walters is well aware of the feeling in the NZ Sri Lankan community. We condemn this situation.  Sri Lanka needs help, needs medical supplies. Also Fonterra may be able to help Sri Lanka , which is one of its largest customers. Sri Lanka imports huge amounts of NZ dairy products, maybe Fonterra could look at pricing or credit lines around that..?" 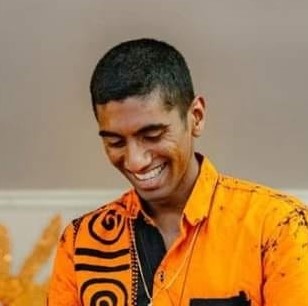 "I think the New Zealand Sri Lankan community is largely against the entire Rajapaksa regime, and just want them gone.

The Rajapaksa's have a lot of people within the government who can take the [new] roles, but they are just the old gang we already know are corrupt , so it’s a just recycling that we want nothing to do with. We just need the Rajapaksa's and their cronies completely out of politics.

In reality it’s a long road ahead .. there's been violence across the country , and then there is the economic instability and how that looks with the IMF . You need governance changes, constitutional changes, years of transition before a free and fair election can really happen.

It’s the people on the ground who are suffering from the corruption .. they have had enough. So even to get Panadol for example is an uncertainty , basic food items are an uncertainty, thats the situation right now.

What should New Zealand do ..? Well we have 16k that call NZ home .. and we see other governments condemning the violence .. and we’d like the NZ government to speak up more directly on the human rights violations that are occurring.

We feel quite isolated from our homeland right now. We certainly appreciate the work MP Vanushi Walters has done on this but I think the Ministry of Foreign Affairs, the government, needs to take a stronger stance.- as they have done with Ukraine for example.

The President has already given orders for the army to shoot looters on sight, and there is a danger when you give that sort of mandate to an army with such a violent history, that things could get out of hand.

Its important to remember that Rajapaksa came to power as part of an ethnic conflict with minority communities in Sri Lanka, and those ethnic conflicts set the stage for his rise to power. There’s a deep history they capitalised on to get into power. It’s a sort of Sinhalese Buddhist nationalism at the expense of Tamil and Muslim communities, which needs to be looked at more closely to understand what is really going on". 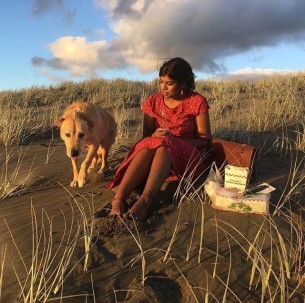 "Sri Lankan Tamils are not unfamiliar with hardship under the Rajapaksa government.

We have for decades called on the international community to hold this unscrupulous and genocidal government to account. In the last decade we have seen colonisation and systematic appropriation of our homelands and fisheries in the North and North East of the island. This is a government that is responsible for the second largest number of enforced disappearances in the world.

Being responsible for a genocide in 2009, this government ought to have long lost legitimacy. The Rajapaksa government is notorious for its nepotism, appointing family members into senior government positions. It was only a matter of time that such a government would lose support, exposing itself as illegitimate and inept. With this, we likewise hope that Tamil cries for justice also come closer to realisation.”

Comments from other members of the Duality community in New Zealand :

"Speaking as part of a Sinhalese majority growing up in Aotearoa I always wondered why we never held the Rajapaksa Government accountable for their war crimes against innocent Tamil citizens during the Civil War. The conversation always centered around love for mother Lanka but that clearly did not extend to all communities that called Lanka home”

“Seeing my homeland in distress and national emergency from a far western lens has brought a sense of discomfort and isolation to myself and my immediate family living in Aotearoa."

"This feeling is also worsened with the fact that we have temperamental to no contact with our whānau in Sri Lanka".

"With Covid restricting our time to visit our whānau, being intentionally cut off by a corrupt government drives deep distress for myself and my family".

"Seeing my country erupt in protest and uniting in justice shows that the time for corruption and xenophobia is come to an end and is time for our country to come back to us."

"It is our time to reap the riches of Sri Lanka, not just a singular power hungry family”