The first Aotearoa-made Chinese bilingual drama follows Jiayue, a 1.5 generation medical student secretly apprenticing at a tattoo studio in Auckland, while she struggles to connect with her unhappy father. It premieres on television in New Zealand this week. 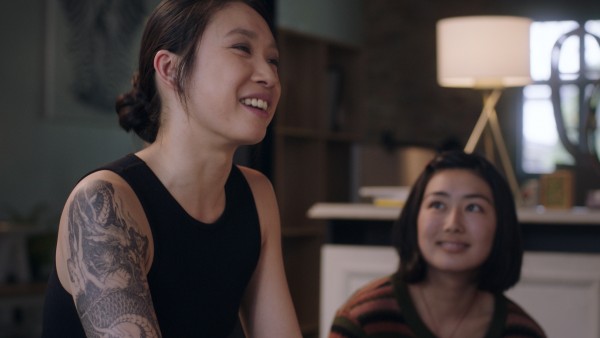 Back in Auckland, 2018, Jimmy Yang and Mingjian Cui were newly graduated film students who were struggling to find a proper film job. Tired of always working in insignificant roles and eager to write and direct stories about international students and new immigrants from China like themselves, they started an initiative where they would film interesting projects with friends on the weekends.

Yang at that time was filming a promotional video for Dreamhands – the first and only tattoo studio in Auckland founded by and housing Chinese artists. Cui recorded sound for the interviews and from then, the pair learned about many fascinating stories of these amazing tattooists - their dreams, their ambitions, and the dramas that unfolded when parents learned what they were doing. 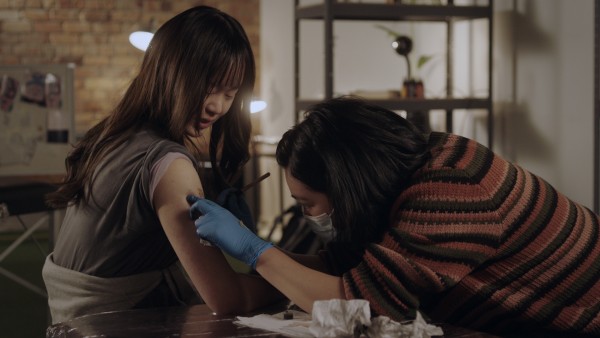 The cast learned how to tattoo on fake skin | Photo: Supplied

After interviewing a friend who had dropped out of university to pursue life as a tattoo artist, Yang and Cui started developing a story and characters, and eventually a script which was picked up by NZ on Air's Scripted Pacific Asian Storytelling grant.

And so, Inked was born. It's an eight-episode series comprising 17-minute episodes all filmed here in Auckland. Commissioned for Sky TV, it is available on Sky Go from 29 September. 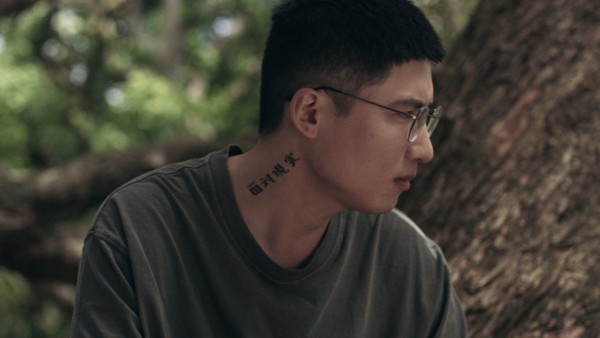 Tattoos had to be reapplied every second day on set | Photo: Supplied

There are four dialects of Chinese spoken in Inked - Mandarin, Cantonese, Nankiness and Shanghainese - which is why it is subtitled in both English and Simplified Chinese. Nankiness is a dialect specific to Nanjing.

Writer Cui had to write three versions of the same script - Mandarin Chinese, English and Pinyin Chinese (the phonetic spelling of Mandarin).

"We had to make the Pinyin script specifically for our lead actor Lisa Zhang because while she can speak Mandarin, she cannot read Chinese characters!" Cui says. 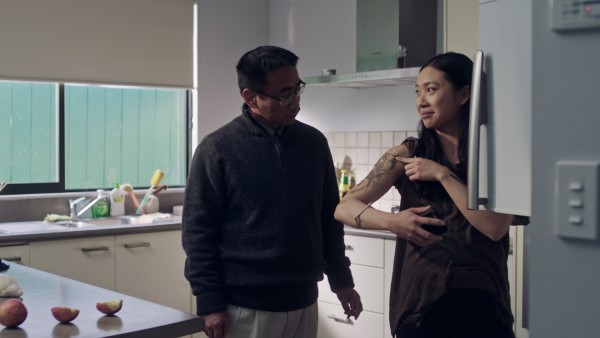 Dealing with a father's disappointment is a key theme in Inked | Photo: Supplied

Most of the cast and crew were from Chinese backgrounds. "There was a lot of translating required at every moment, because the directors would communicate with the cast in Chinese and the crew in English," Cui adds.

"We made sure to have a Chinese-speaker in each department so that there were clear communications at all times. Our associate producer Helen Wu had to translate our call sheet into Chinese every single night, regardless of how late we finished each shoot day. She deserves a medal for her fast and amazing work." 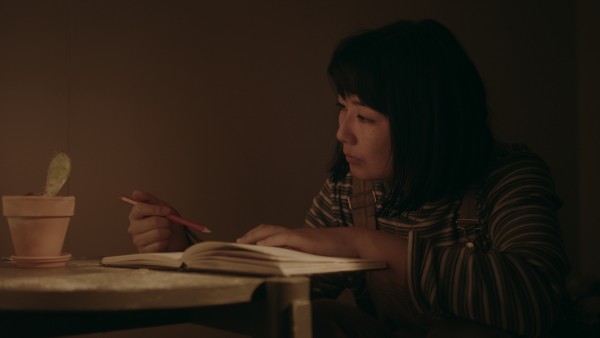 Lots of on-set translation was happening during filming | Photo: Supplied

To ensure Inked was an authentic representation of the Chinese community, non-actors were cast. Aside from two people, nobody in the final cast had ever even set foot on a television/film set before. However, every tattoo you see on the show is fake. The lead character Jiayue's tattoos were designed by set dresser Nina Geng, and all others were described by Dreamhands. They were applied to the cast member's skin every two says and took up to two hours to apply per tattoo.

Dreamhands held a workshop for the cast so they could learn the artistry of Inked. They were taught on fake tattoo skin, and learned how to use both a tattoo machine and the "stick-and-poke" method. 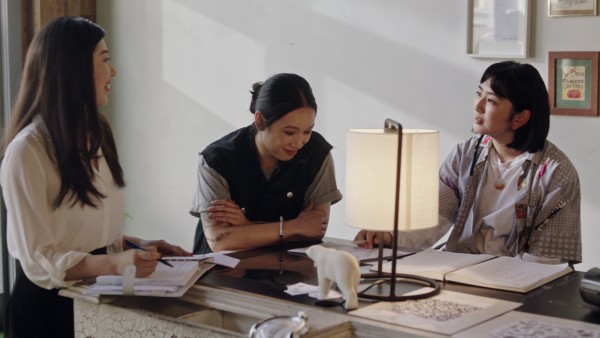 The cast was majority "non-actors" to ensure authenticity | Photo: Supplied

Written in 2020's Level 4 lockdown, Inked is a perfect example of pandemic era filmmaking."Pre-production and rehearsals all happened online in Level 3, and then we shot most of the series over Level 2," says Cui. "Shooting in Level 2 required us all to socially distance and churn through face masks, litres of hand sanitiser and isopropyl alcohol. We had to deep clean our office and set every night after work.

"It was rather stressful and expensive, but luckily our cast and crew were excited to be back at work so everyone was very good with sticking to the rules." 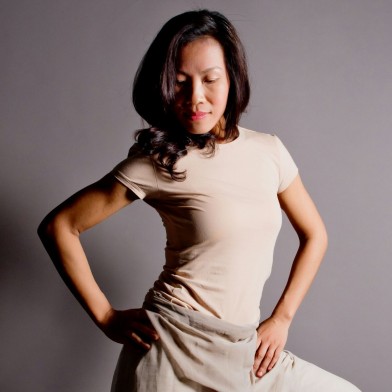 Features
Takingafilmtofestivalsabroad
What does it take to get a film you’ve made into international film festivals? AMC speaks with Ruby Chan about her dance film Island. More >
by Lee Seabrook-Suckling 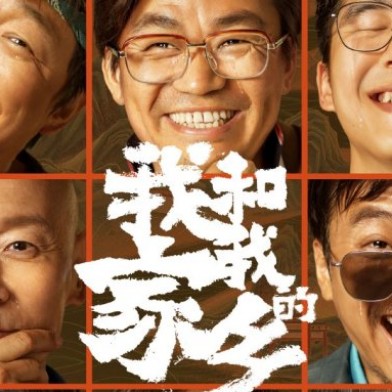 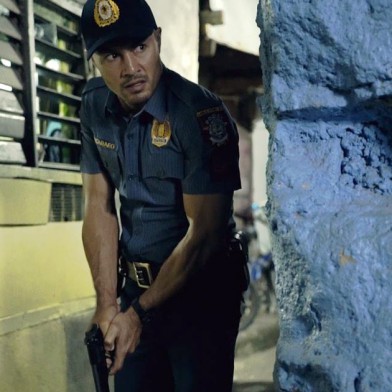