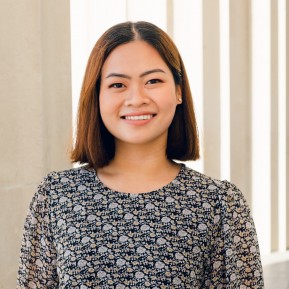 Nina Santos is a Filipina, a proud generalist and a passionate advocate for ethnic communities, migrant rights and gender equality.

The electoral race had boiled down to two frontrunners: one was the current vice-president Leni Robredo, running on a “people-led” campaign, and driven by a call to transparency and good governance. Pink became her signature colour. Her supporters took to wearing the colour and calling themselves “kakampinks” (pink allies). The second frontrunner candidate was Ferdinand “Bongbong” Marcos Jr, the son of late dictator Ferdinand Marcos. Marcos is part of a political dynasty and represents the status quo of Philippines governance which has been criticized as corrupt and unequal.

Last week, Ferdinand “Bongbong” Marcos Jr was confirmed as the new incoming president of the Philippines.

Nina Santos, an award-winning Filipina law student, advocate and campaigner – as well as a self-proclaimed kakampink - writes on watching the election unfold from overseas and her devastation – but also hope – for what comes next.

OPINION: I’m writing this a week after the 2022 Philippine elections after I cried for my country for the first time.

In the last week, I’ve grappled with intense anxiety, rage, grief – and for a moment, a feeling of hopelessness. I know I’m not alone.

Several friends and family have attested to the collective grief amongst many Filipinos, particularly those who were part of the ‘pink revolution’. The people-led campaign for Vice President Leni Robredo was built on hopes for good governance, and transparency, and ultimately stopping the return of the brutal Marcos dynasty. The campaign slogan “Angat Buhay Lahat”, directly translates to “Better lives for everyone” – and I think this encapsulates the movement well.

Presidential candidate Leni Robredo at a rally in the lead up to the Philippines election on May 9. Robredo lost the race to Ferdinand 'Bongbong' Marcos Jr. Image: VP Leni Robredo/Facebook

Before others comment on how biased this article is, I’ll say it straight up: I’m proud to say that I am one of many ‘kakampinks’ (pink allies) who took a stand against million-dollar misinformation campaigns, fake news and downright historical distortion which now plague the Philippines.

I’ve lived in New Zealand for nearly nine years, but this hasn’t dampened my connection with the motherland. Like many Overseas Filipino Workers (OFWs), I followed the election closely. I lived vicariously through my friends and family who campaigned tirelessly, knocked on doors, volunteered.

In solidarity, I watched live streams of rallies, attended events in Auckland, and tried debunking misinformation on social media where possible. I understand that I played a very small role in the campaign, but the point is I was hopeful. You have to be, especially given the immense health, climate and socio-economic crises in the Philippines.

This election was particularly important and deeply personal as there was a risk of another Marcos getting back into power. For context, former dictator Ferdinand Marcos was ousted by the Filipino people in 1986. The Marcos dictatorship was marked by extensive extrajudicial killings, documented tortures, countless disappearances and incarcerations. Not to mention the billions owed in unpaid taxes. The elections also happened amidst a global pandemic and crippling effects of the last six years under the Duterte administration, one riddled with Extrajudicial killings and human rights violations. There was and still is a lot at stake for the Philippines. 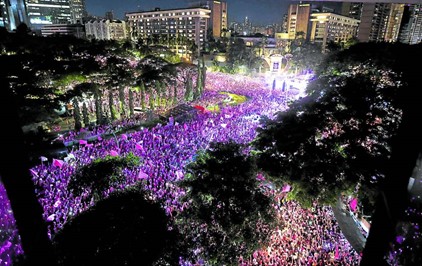 An estimated one million people showed up for Robredo Miting de avance (final rally) in Makati city,Nina's hometown. Photo from the Inquirer.

There is a saying that goes, “Even if you know what's coming, you're never prepared for how it feels.” Many people say that the results of the elections were expected given that the Marcoses set out a well-orchestrated campaign built on misinformation, backed by machinery, resources, and enabled by rampant corruption in the Philippines.

There were numerous reports of vote-buying and irregularities which are yet to be addressed by the Commission on Elections. This makes moving on hard to do.

I’m writing this because I want to remember. I borrow Nuelle Duterte’s words: In this case, widespread corruption and misinformation won over a people-led campaign.

This is devastating and I will never forget how hopeless I felt coming to terms with this reality.

However, I want to note that we cannot blame this on the masses. I disagree with international media coverage that put the blame on Filipinos for what happened in the elections.

Let us not forget the colonial history of the Philippines and the role this played in destabilising the Philippine economy and political systems.

Let us not forget that the Marcoses and Dutertes prey on the marginalised, those who do not have the privilege and headspace to think about politics, and those who have limited access to education and resources, thereby making them more suscept to fake news and misinformation.

Let us not forget that this cycle is hard to break.

Whilst many are victims, I am most disappointed in people who have the power and privilege to seek resources and educate themselves on issues of the day, yet actively chose to be peddlers of disinformation. Too many people have played a part in enabling the return of the Marcos family and distorting our country’s history. To other Filipinos, I plead that we never get tired of helping them remember. 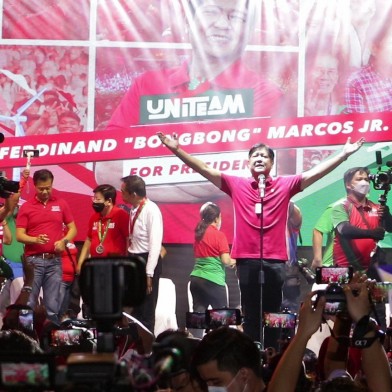 Opinion & Analysis
PhilippineselectsanotherMarcos
OPINION: Sadly, the Philippines has "sold its soul" with the election of another Marcos, writes David Robie. More >
by David Robie 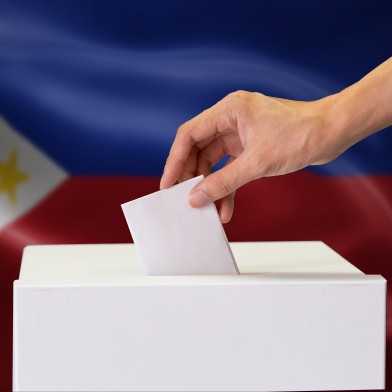 Opinion & Analysis
Philippinepresidentialshowdown
On May 9, the Philippines will elect its next president. The race is quickly boiling down to a face-off between Bongbong Marcos and Leni Robredo. More >
by Andrea Chloe Wong