Craig Sauers is a food, travel and culture writer based in Bangkok, as well as the features editor of the Macao News. His work has been featured in the BBC, Travel + Leisure, and more, as well as in c

Today’s youth are the gatekeepers of the future, but the world they are inheriting faces many pressing issues, from climate change to social inequality. As one generation cedes power to another, many young people are setting out to address these problems.

In Thailand, these five change-makers underscore the bright new possibilities that await when young people take the power to shape the world in their own hands. 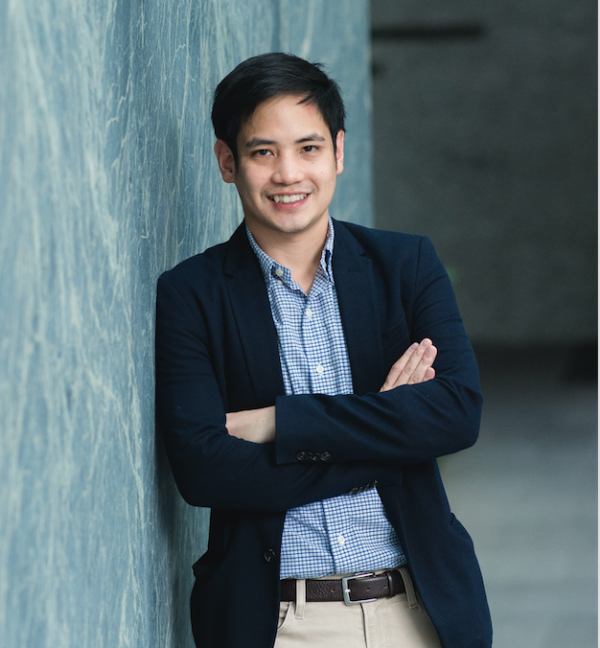 In Thailand, about a third of the labour force works in agriculture, according to the UN, but farmers earn just US$200 per month on average. Droughts, floods and other natural disasters made worse by climate change further threaten their well-being and security.

With Ricult, MIT-educated former software engineer and consultant Aukrit Unahalekhaka is leveraging machine learning and satellite imagery to address these issues and help lift farmers out of poverty.

“You think of farmers growing rice or corn, but at the end of the day it’s a small business,” he says — and a high-risk, low-return one at that. “Farmers only earn two times a year: when they harvest. And at the start of the season, they take loans out to invest in their crops, labour, machines and so on.”

The start-up, which he co-founded with fellow MIT alumnus Usman Javaid, offers an app that provides micro-climate forecasts, the latest market prices and more to mitigate risk and boost productivity.

The app is free to use. So far, 600,000 farmers in Thailand are using it — and seeing a 20 to 30 percent increase in productivity, according to Aukrit. He notes that their technology also flips the dynamic between buyers and providers to create better economic outcomes for farmers. “We want to put power in the hands of the farmers so they have a choice of who they want to sell to,” he says.

But Aukrit does not just aim to improve the livelihoods of farmers. As food security becomes a greater global issue, Thailand is in a unique position to cater to demand for sustainability and traceability across the supply chain. “We want to use AI and technology to improve the competitiveness of the whole Thai food and agriculture industry,” he says.

Another 250,000 farmers in Pakistan use Ricult, and the start-up recently expanded into Vietnam, highlighting the potential of their technology to do good further afield. “The beauty of our platform is that we can have a geographical expansion without investing too much in operations,” says Aukrit.

“We can bring our technology anywhere.”

Thai education is historically rote, leaving little room for active, student-driven learning. A former computer engineer turned educator, Sorawit is trying to modernise this system, one class at a time.

His non-profit Saturday School not only lets students in underprivileged communities pick courses of study that interest them — it also encourages them to explore, experiment and be themselves.

“Thai students have a lot of potential, but they don’t have the right environment, the right learning methods, to reach that potential,” he says.

With Saturday School, programme leaders ask students what they want to learn and then find volunteer educators who have the skills to teach those courses.

Dance, board game design, adventure and first aid, ‘how to be a game-caster’ — “We don’t limit subjects, but students don’t tend to choose to learn mathematics on Saturday,” he says with a laugh.

“When students get to learn what they really want to learn, they develop even more than they would when they’re in the classroom,” he explains. He adds that many teachers at participating schools say that Saturday School students have higher self-esteem and perform better in their classrooms.

Since 2014, the non-profit has worked with around 3,000 volunteers in total. Last year, those volunteers taught around 1,500 students in Bangkok, Phuket, Nonthaburi and Khon Kaen provinces. “We’re trying to expand to all Thai provinces in the next five years,” Sorawit says.

Along the way, he hopes to drive change from the ground up.

“I don’t think change will come from within the system,” he notes. “But a lot of people in society would like to see education improved. Saturday School is a space for people outside the system to help.”

Words like ‘revolution’ often land with a thud in Thailand. “It doesn’t fit with the dominant conservative narrative,” explains Kamonnart Ongwandee, a designer, Thailand country lead for Fashion Revolution and Forbes Asia ‘30 under 30’ honouree. “But I love the fashion industry and want to make it better.”

With Fashion Revolution, a global non-profit initiative trying to make fashion sustainable at every level, she leads a less intimidating kind of revolution that aims to drive a narrative shift in Thailand.

“Our aims are focused in several areas: End throwaway culture; help people understand the cost and value of clothing, especially that behind your clothes are humans who deserve fair wages; and promote indigenous heritage and craftsmanship,” she says. That last effort is unique to Thailand, she adds — local traditions and wisdom still exist and can be applied to sustainability initiatives.

Fashion Revolution does all this through content, campaigns with the likes of the British Council and events like workshops and clothes swaps. “We encourage people to exchange items, extend the life of their clothes and rethink ownership and access,” she says. “It’s still a very new concept to Thai people.”

The group also hosts community meet-ups that unite stakeholders from across the industry: designers, factory owners, students, seamstresses and more. “It’s very rare, in Bangkok at least, that people along the value chain of fashion sit together, exchange opinions and discuss the way forward,” she notes.

Above all, she sees her role as a bridge between governments, brands and consumers — someone who can communicate the value of indigenous traditions, highlight labour issues in Thailand’s fashion production industry and create more agents of change.

“You cannot wait for governments or brands to save you,” she says. “Social change will come when a lot of people are willing to lead. I think that’s coming in the next generation.” 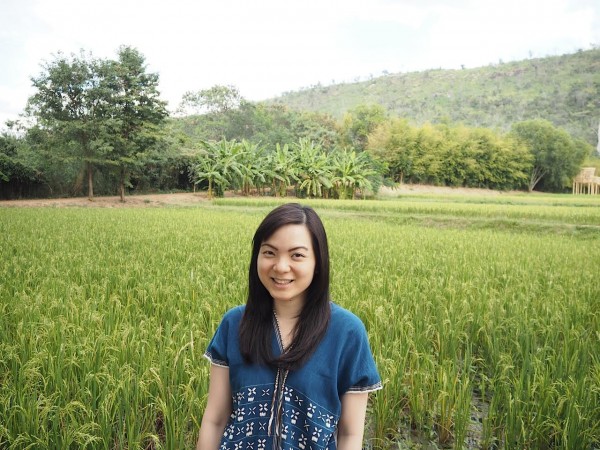 “We take rice for granted,” says Pornthida, co-founder of Siam Organic, a social enterprise that seeks to solve farmer poverty by producing organic products with global appeal, including its trademark Jasberry rice. “In Thailand, we will pay US$5 for a cup of coffee but we will not pay US$1 for a plate of rice.”

But behind every bowl of cheap rice is a farmer who might be trapped in a cycle of poverty or debt.

“We have seen that too many Thai farmers sell their lands or put as much pesticide and non-natural fertilisers as they can [into their fields]” to maximise yields, Pornthida says.

To improve the quality of their rice as well as their lives, Siam Organic works closely with farmers in rural Thailand to develop organic products that can achieve higher yields and command higher prices. The company also provides training and non-collateral, low-interest loans for farmers to purchase cows. “This [gives] them additional savings and an additional source of fertiliser,” Pornthida says.

The company’s flagship product, Jasberry — an organic, non-GMO crossbreed with 133 times more antioxidants than white rice, according to the company — benefits health and farmers alike. Jasberry provides work for 2,500 small-scale farmers, mostly middle-aged women with only a secondary education. The company pays farmers nearly 80 percent more than the market rate for conventionally grown rice, which means they can earn 11 times more on average.

This year, ready-to-eat Jasberry will reach shelves in the US and Europe as the company expands into more markets.

“Thai people see farmers as one of the lowest occupations, since most farmers are poor and do not have access to education,” Pornthida declares. “We want to give dignity back to them by making farming a viable occupation and giving access to better opportunities in their lives.” 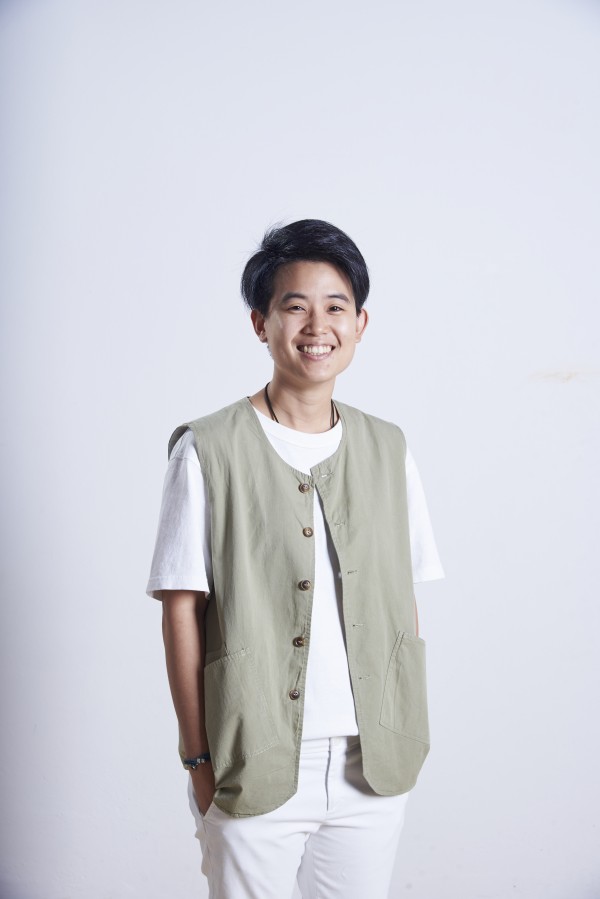 What is the value of a sound? For groups at risk of losing their traditions, priceless.

With Hear & Found, Sirasar Boonma hopes sound recordings can change perceptions of Thailand’s seven million indigenous people — a number that adds up to 10 percent of the population — and preserve its disappearing cultures.

“Thailand’s indigenous people sometimes don’t want to be themselves because it’s not easy to be themselves,” Sirasar says. That dynamic drives young people to leave villages for big cities, where their ways of life get lost in the pursuit of money and acceptance.

“I believe that music is another way to solve social problems [like these],” Sirasar declares.

The social enterprise currently works with 15 musicians in eight tribes in Thailand and has so far recorded more than 100 songs and sounds, as well as dozens of video clips. This year, Sirasar plans to work with another 10 musicians and reach more communities in every corner of Thailand.

“For many indigenous communities, their songs aren’t just songs. They’re like a book: they pass down rituals, traditions and knowledge acquired over generations,” she says. “Without preserving those sounds, we lose whole philosophies, entire ways of life.”

Hear & Found has worked with the Wonderfruit festival, Thailand’s Creative Economy Agency and the UNDP to produce music videos, sound installations and more. It also operates a stock website; 50 percent of the profits from sales go directly to the creators.

So far that has yielded US$12,000 for the indigenous musicians they work with, money that often goes back into the community — one Karen musician, Sirasar explains, built a music school in his village, and another invested in tools to protect against forest fires.

But Sirasar believes Hear & Found serves above all to open minds to the qualities these communities add to Thai society. “We’re trying to encourage and empower these groups to see their creative potential,” she says. “And we need to remember that in Thailand we are not just one people.”

Check out the playlist here. 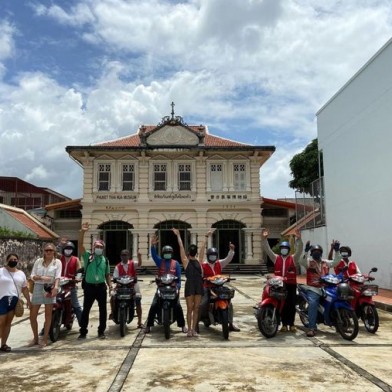 Features
WhattoexpectvisitingThailandnow
The pandemic has wreaked havoc on the tourism industry globally. In Thailand, however, the disruption may have come with a silver lining, writes Craig Sauer. More >
by Craig Sauers 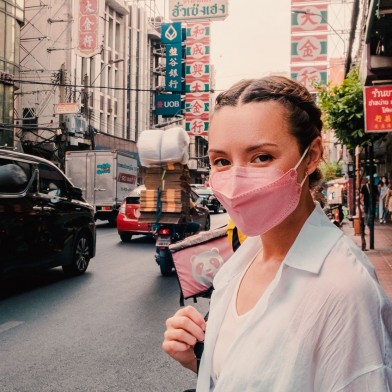 Opinion & Analysis
Opinion:WhitenessinThailand
As culturally and ethnically varied as Auckland is, socially and politically, Pākehā culture and identity are perceived as the dominant norm. As a Chinese-Pakeh More >
by Chye-Ling Huang 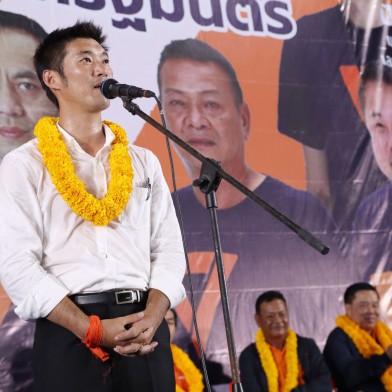