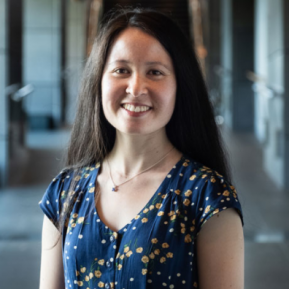 You can never assume what a person’s relationship to a language is, says Ya-Wen Ho in a conversation with Grace Gassin, Curator Asian New Zealand Histories at Te Papa, about her past and present connections with heritage Chinese languages. 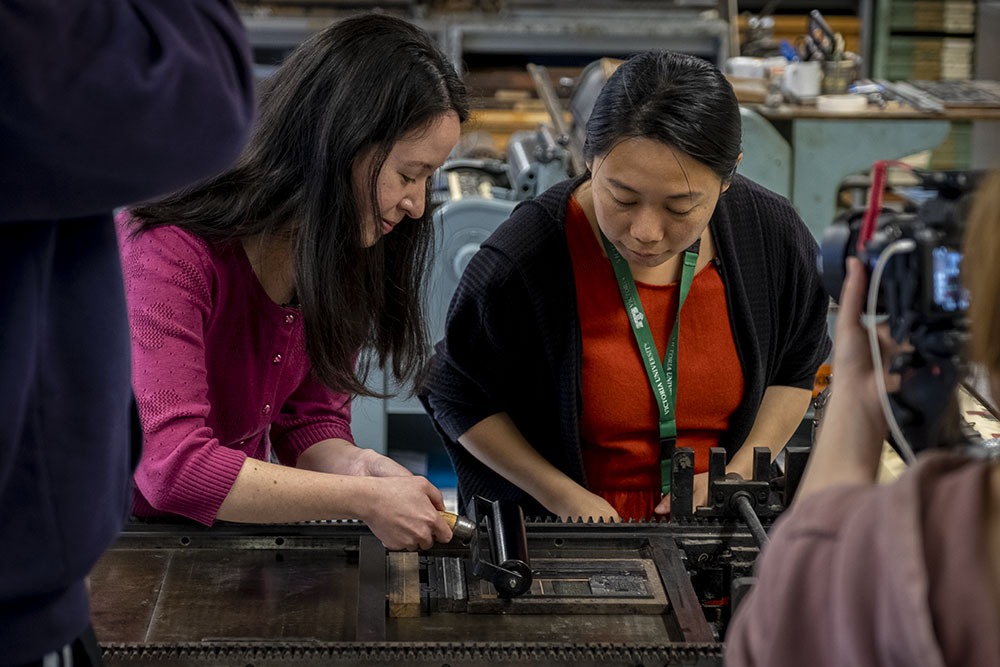 An acclaimed bilingual poet, curator, and researcher, Ya-Wen Ho’s proficiency in Mandarin – her mother tongue – has arguably served her well.

Through her work at Victoria University of Wellington’s Wai-te-ata Press, Ya-Wen uses her Mandarin skills daily to research and engage people in New Zealand’s settler Chinese histories. In her published creative work, meanwhile, she wields the language with the creative boldness of a seasoned word artist.

Growing up in the English-saturated environment of Auckland in the 1990s, Ya-Wen credits both her mother and language tutor’s “unconventional teaching methods” for helping her retain her Mandarin after the family moved to New Zealand from Taiwan.

“In the mid-90s, there wasn’t a formal language school that was near our house. There was one in Newmarket in Auckland that I went to very briefly, but my mum would often say how freaked out she was by having to learn to drive on the motorway to take us to class,” Ya-wen says.

“So, instead of doing that every Saturday, she decided to organise with [a few] other Taiwanese or Chinese Mandarin-speaking families in our suburb to hire a tutor to come to our house.

“[Our tutor] Mrs Lee was an editor at a children’s newspaper in Taiwan that was quite famous, a highly literary person who had basically picked up language teaching as a way of supporting herself financially. Instead of just teaching us Mandarin, she actually taught us creative writing and so, from the age of eight or nine, we were getting really invaluable feedback from an experienced editor on how to write creatively in Mandarin.

“She’d then gather up what we’d written and send them back to her old employer and we would get published in it – even better, we got paid! I remember that it was so delightful to see yourself published but it’s only in hindsight that I’ve realised, oh, that is really unusual and quite exceptional!”

In spite of these opportunities, however, Ya-Wen’s personal relationship with Mandarin remains deeply complicated.

As an adult, Ya-Wen would learn that her mother’s own heritage language was not, in fact, Mandarin, but Hakka. Her mother’s choice to put aside the family’s Hakka linguistic heritage in favour of Mandarin (a topic she touches upon in the video below) is inextricably interlaced with intergenerational trauma stemming from Taiwan’s colonial language policies, one which Ya-wen has had to work on finding ways to come to terms with. In the process of recalibrating her relationship with Mandarin, Ya-Wen says, she has become more sensitive to the problematic ways in which language – and particularly Mandarin language education in Aotearoa – is often framed and discussed.

“I think it makes you realise that you can never assume what a person’s relationship to a language is – or why someone chooses or chooses not to speak a language their family seems connected to,” Ya-Wen says.

“[In New Zealand], Chinese language learning is so often framed around economics and I feel like that really eclipses or even completely negates their intrinsic value to people who whakapapa to those communities.

It completely erases the intrinsic value of all the other non-Mandarin heritage Chinese languages and pretty much says — to both Mandarin and non-Mandarin Chinese language speakers — well, if we can’t profit from our relationship with you, why even bother? Which is pretty offensive.” 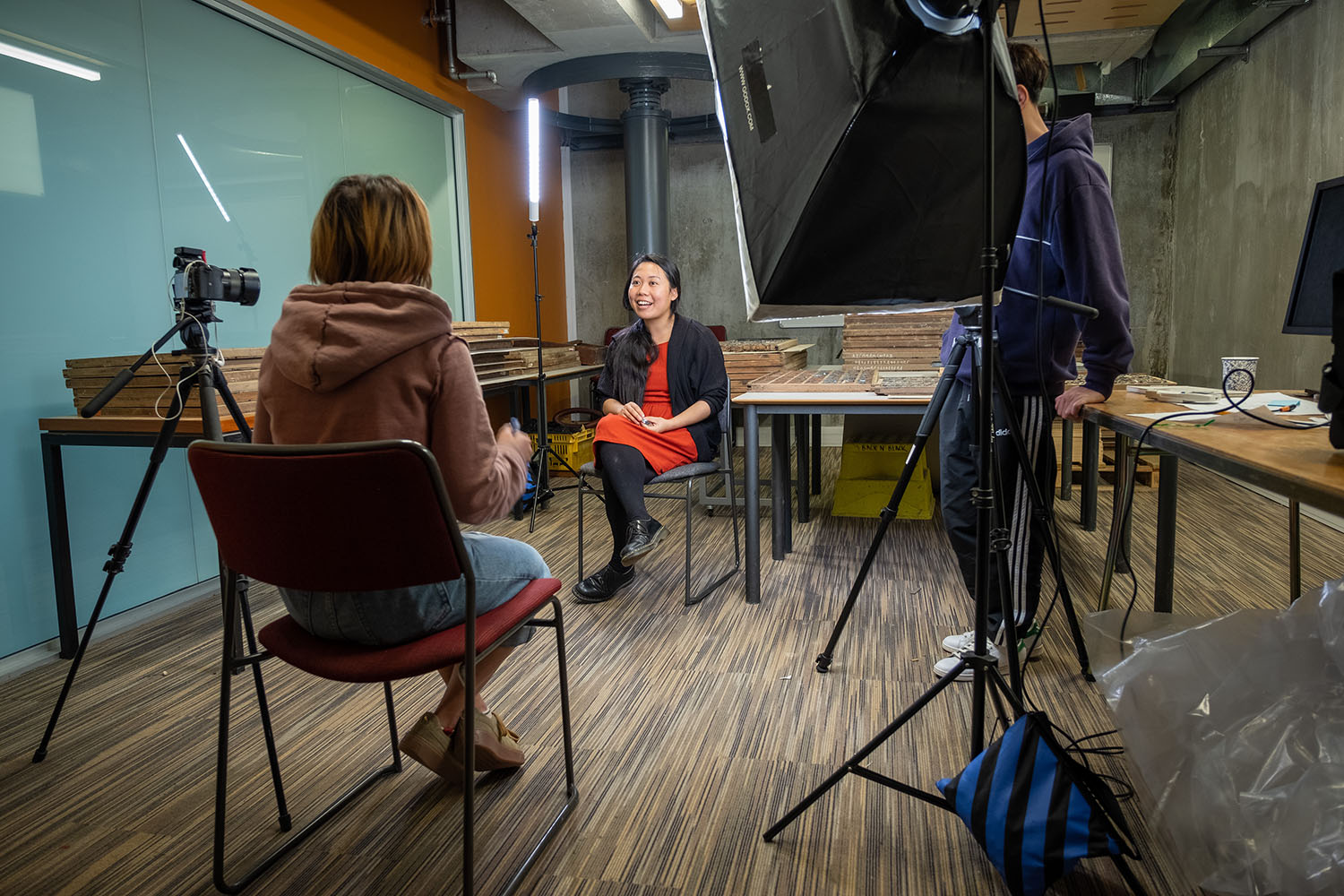 “Our languages are more than just tradable tools”

While most official ‘Chinese’ (read: Mandarin) textbooks teach a constructed, standardised form of Mandarin, there also exist many organic, regional variants of Mandarin spoken across huge stretches of China; the extent to which these are mutually intelligible is a matter of academic debate.

While standard Mandarin is celebrated for its elevated economic and diplomatic capital, all these forms of Mandarin have immense historical, cultural, and social value.

Acknowledging this, while also respecting and enlarging the space for other Chinese languages (and all their variants), is one way we can move towards a more respected and inclusive way of living in and with Aotearoa’s many ethnic Chinese communities.

“I can understand when people are very pragmatic about learning a language [like Mandarin] to gain concrete material outcomes, but gosh, I hope in New Zealand that we’re able to have these conversations from a place of respect where we acknowledge that our languages are more than just tradable tools and tradable skills.

I wish that there would be an acknowledgement that, say, if you wanted to, you could learn a heritage Chinese language instead of Mandarin.

I would like to see all Chinese community languages recognised as having intrinsic value regardless of whether they confer the learner access to market or economic benefit.”

Commenting on Ya-Wen’s distinctly Taiwanese Mandarin accent, I ask her where she sees herself within this dynamic linguistic universe.

“That’s a really good question and one I’ve been thinking about this recently,” she says. “Growing up in New Zealand, I was never really exposed to all those different accents and so that breadth of grounding and level of knowledge feels quite dislocated from this distance. Just the other day, my partner Achille and I were walking home and saw an elderly Chinese-presenting woman having trouble with a trolley. I wanted to offer her help, so I spoke to her in Mandarin.

Achille later asked me, ‘What could you tell me about her based on that conversation?’ and I realised that, actually, I couldn’t locate her culturally or geographically. I could only discern that she probably wasn’t Taiwanese.”

Like Ya-Wen, all us Chinese New Zealanders relate to our languages and cultures in unique ways — unique from each other and from other diasporic communities around the world.

What could be possible in this space if we paid better attention to conversations around place and whakapapa in relation to Chinese language(s)? If we centred the needs of heritage speakers in Chinese language resourcing and encouraged others to expand their understanding of what it means to be ‘Chinese’ in Aotearoa?

What role could museums and other public institutions play in supporting nuanced discussions of the intangible cultural heritages of ethnic Chinese people in Aotearoa?

Now that there are more voices than ever asking such questions, the solutions may finally prove to be within our collective grasp.