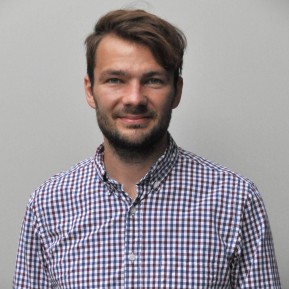 Craig Sauers is a food, travel and culture writer based in Bangkok, as well as the features editor of the Macao News. His work has been featured in the BBC, Travel + Leisure, and more, as well as in c

For centuries, the Thai home was a space for families, who lived in buildings constructed to cater to their practical needs. Today, young creative types like Supattharachai “Normal”  Chuetamasorn are developing a new way to understand the concept of home in Thailand. Craig Sauers reports.

Historically, Thai homes have reflected practical needs — raised on stilts to avoid floods and provide protection from the daytime sun, and large enough to support big, multigenerational families. But the role of the home isn’t quite the same in Thailand anymore.

The wooden homes many associate with Thai culture gave way to concrete long ago. The sheer size of Bangkok, the country’s economic engine, means many live differently nowadays, too. 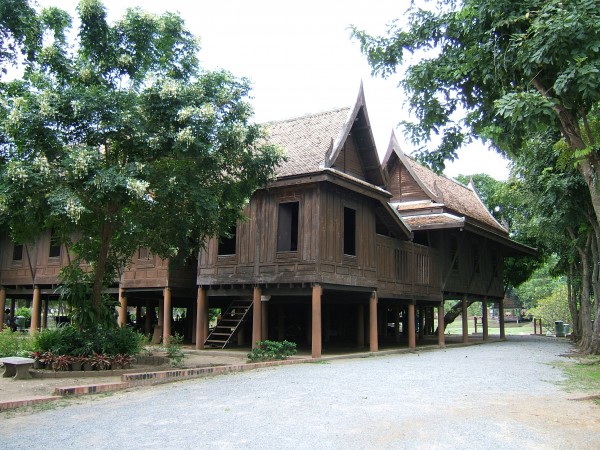 City-centre homes are relegated to the fortunate few who have the financial means to buy property today or those who owned land before Bangkok boomed. So now, instead of living in a big space alongside siblings, parents and grandparents, as most traditionally do, many young people live alone in large condominium projects, where they are isolated from both their families and a sense of community.

For people like Supattharachai “Normal” Chuetamasorn, the concept of a home today boils down to how you define it, and what you do to create a community around you.

“When I go out to work, to meetings, to work on a project, I want to come back to a safe place where I’m comfortable and can be myself,” says the 34-year-old, who works in creative design and co-owns the Sunflower Store concept store and café near Bangkok’s renowned flower market. 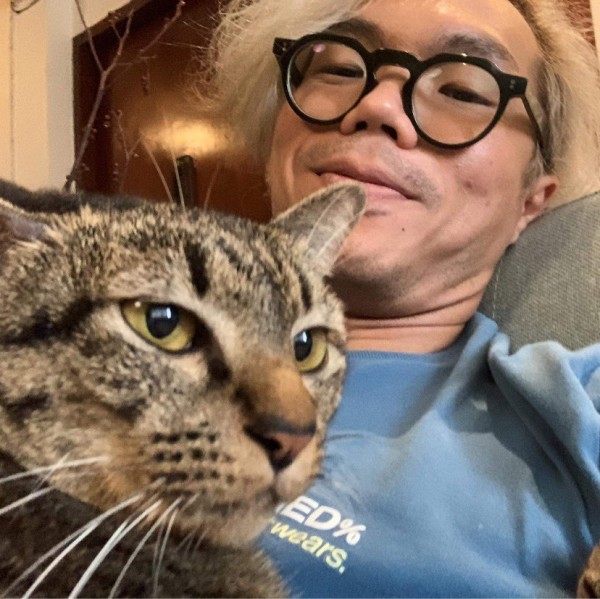 When he was 18, Normal left rural Samut Songkhram province — known for its famous Amphawa floating market — and moved to Bangkok to study architecture. His old room was then “used for storage,” he says, forcing him to build his own life in the city.

That challenged him to pinpoint exactly what he was looking for in an apartment, too.

“I wanted to have a place that felt like home because I didn’t have a home in Bangkok,” he says.

Seven years ago, he found exactly such a space in a mid-century apartment in the city’s old town. 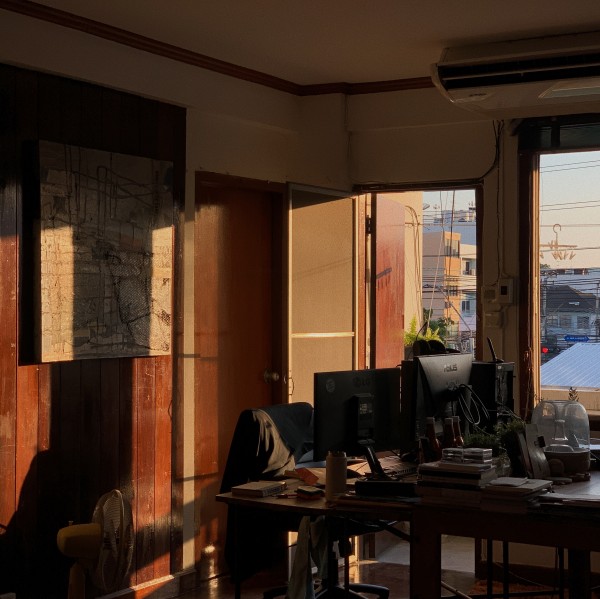 A visual design company he had worked with was based in the apartment; when they moved out, he moved in, and he has rented it ever since.

The four-floor apartment complex bucks Bangkok’s development trends. For one, it’s at least 50 years old. Thanks to its age, it boasts features like wood fixtures, parquet floors and large walk-out balconies.

Today’s apartment towers, Normal explains, are built to fit hundreds if not thousands of people, so they tend to be small. 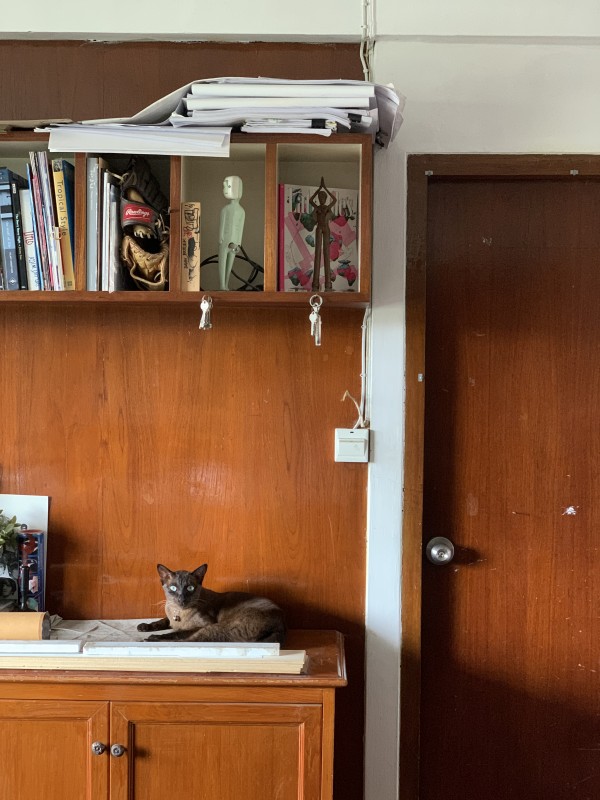 While many people in Thailand opt for new condominiums, coveted either as an investment or for the newness itself, more young people now aspire to find an apartment like his, Normal says.

“When you buy or rent a condo, okay, you can stay easily, but the space is very small, and you can’t do any renovations,” he says. “My apartment is nice because they allow us to fix things on our own. We can put in new floor tiles. We can destroy something if we must.”

Since he lives independently, Normal doesn’t have to follow family rules, either. “Sometimes when young people live with their family, they have to put up with rules they don’t like, and it can be suffocating,” he says.

Normal and his roommates, who split a three-bedroom apartment, have taken full advantage of these perks. They keep a cat. They have removed an existing bar to expand their living area. They have filled the space with plants, artwork and ball lights. Now, they’re updating their water pipes. 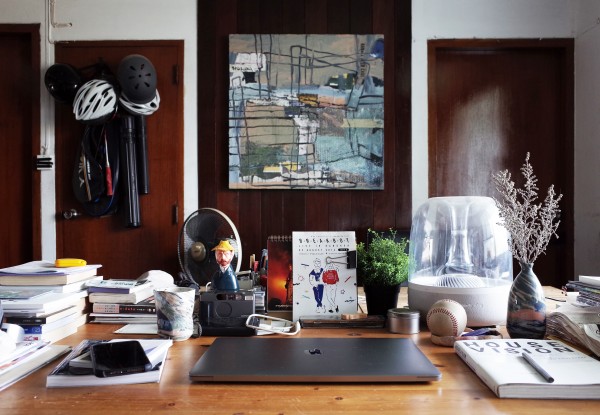 He also enjoys the space and freedom to tap into his interests. He discovered a passion for slow-method coffee, for instance, and he has continued to explore the zero-waste lifestyle.

But the space hasn’t just allowed Normal to tap into his creative side. It has also made him part of a tightknit community.

During the pandemic, he and his neighbours found refuge on their rooftop, where they would share drinks and chat. He even started to throw a baseball around with his roommate in the ground-level garden, where the landlords’ rescue cats and dogs roam freely.

Even though no one in his building live with their extended families, collectively they have forged a family of their own.

“It’s not like high-rise buildings. We just have a small number of people staying together here. My neighbours are cool. One is a prop designer, another is a visual designer, one is an influencer. It’s a small community, it’s very quiet and we have private space for ourselves,” he says. 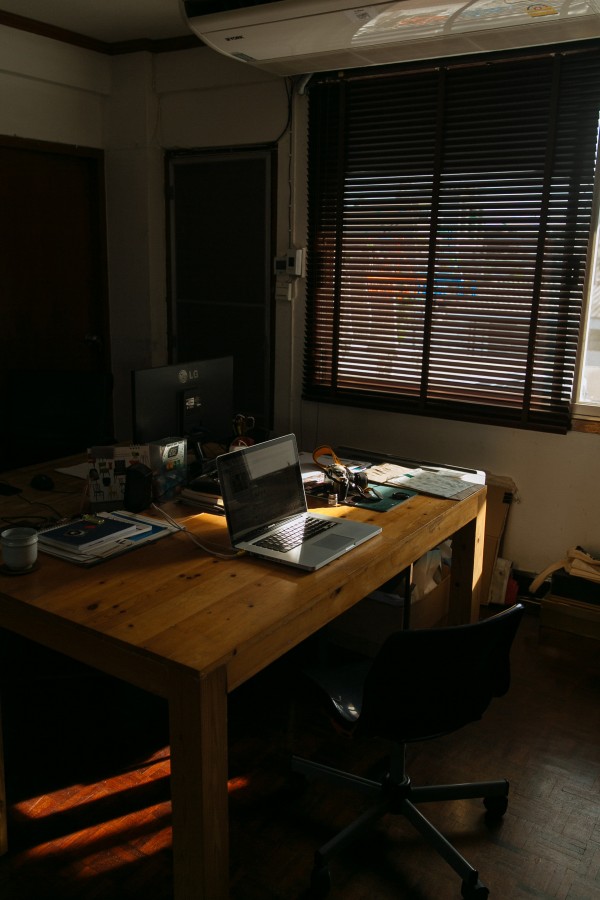 All the elements have given Normal a better idea of what home means: it’s not necessarily the space, but rather the idea that he can have a sense of ownership over his life.

“Every day when I go out, I go back to a private place where I can have some therapy, a space where I can relax [and be myself]. That’s why I stay here, because I can develop this vibe.” 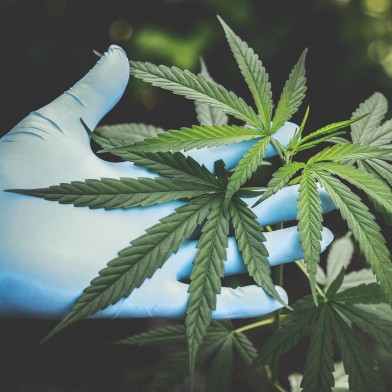 Features
Thailand’sJourneytoLegalMarijuana
Thailand is the first nation in Southeast Asia to decriminalize marijuana, but it took a while to get here, writes local Eric E. Surbano. More >
by 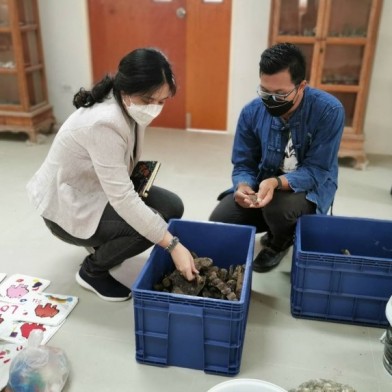 Features
Thailand'sartrepatriation
Thailand's “netizens” – that is, internet citizen activists – have combined their efforts in a hunt for sculptures and antiquities in international museums. More >
by Robert Bociaga 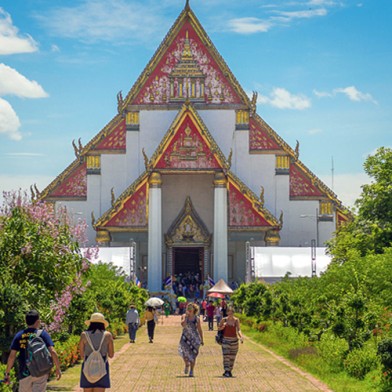